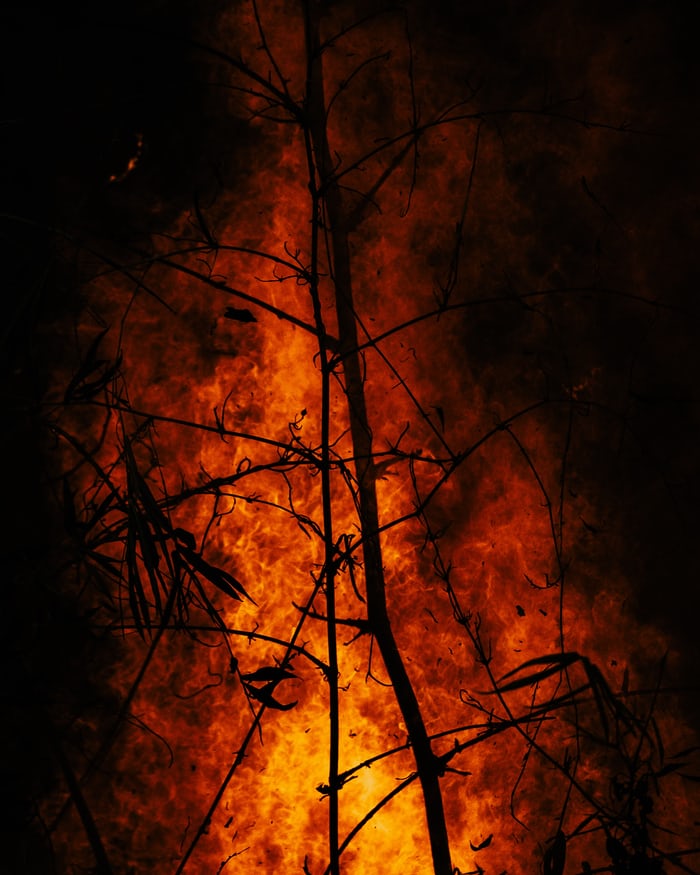 From the website: "Wildfires and haze are not uncommon in Indonesia. Small-scale farmers have traditionally used small and well-controlled fires to clear land for the planting of new crops, but now the fires are getting bigger and more frequently burning out of control.

So far, more than 35,000 fires have been detected in 2019 in the country and air pollution levels are classified as “hazardous” according to the Air Quality Index (AQI). This year’s fires have been indeed the worst since 2015, when more than 2.5m hectares of land burned, causing a US$16 billion loss – a substantially larger sum than even the reconstruction costs of the 2004 Boxing Day tsunami. But exposure to the wildfires and their subsequent toxic smoke also causes short and long-term damage to human lives.

The smoke generated by burning wood and vegetation contains lots of very fine particles, too small for the human eye to see. These particles can easily lodge deep into the lungs and can pass into other organs or the bloodstream."

Covid-19 lockdown in South Africa (articles from The Conversation)

Understanding infection control in Tanzania (article from The Conversation)